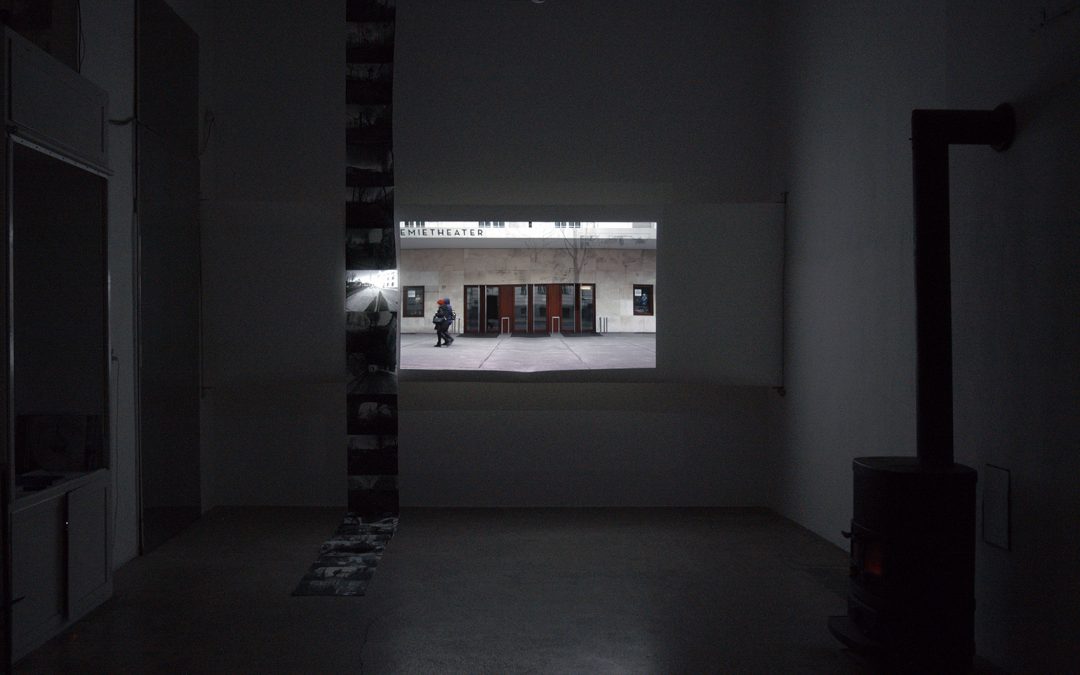 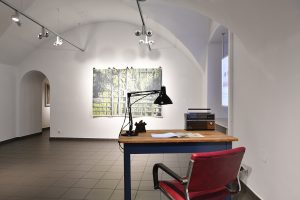 Who/ Wer presented in MAG3 audio visual installation: 2 screen projection, 4 channel audio, 9m silkscreen print and drawing, including narrated text written by Wolfgang Kindermann. Who/Wer is a split screen projection accompanied by a composition of urban soundscape and narration in German and English. The film explores the relationship between image, text, language, voice, and urban soundscape. This work is presented in a surround sound format, where the viewer is immersed in soundscape and the two different vocals are played from different directions.

‘I have worked on several projects, in which the main part of the investigation was the listening-to and recording-of unknown cities from a very personal viewpoint using binaural microphones. Often, with those past works, I let the city lead me through its structure but it was always my innate curiosity which consciously and sometimes subconsciously controlled my movements.

It was clear to me that I wanted to recreate the complexity of the listening process in the urban place, and this was central to the outcome. The layers of listening, the complexity of hearing and perceiving the sound, the barriers and boundaries we encounter and create are all at the core of the project.’ 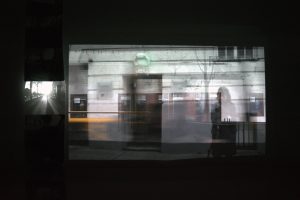 The language, gender, accent, the tone, the colour, and the rhythm of the voices are different. They both are interwoven together, creating a vocal sonic ‘tapestry’. As there is no use of the first person in the text, it is ambiguous who the follower, and who the narrator is.

The split screen video is an exploration of the power struggle between moving and still image; inner thoughts versus observed action. The 4:5 ratio of flickering black and white images are juxtaposed with the wide screen ‘locked-down-shot’ colour films of the locations that feature in the narration. The colour screen, gives the impression of passive observation by the outsider to the city, who stands back and doesn’t get involved. The city soundscape interwoven between them, holds the two contrasted images and experiences together.

Reported and imagined text appear to leak into each other’s aural territory while presenting the complexities of European language; the spoken German text is heard at the same time as the English translation but is spoken with a Polish accent thereby necessitating an even more intense listening process. 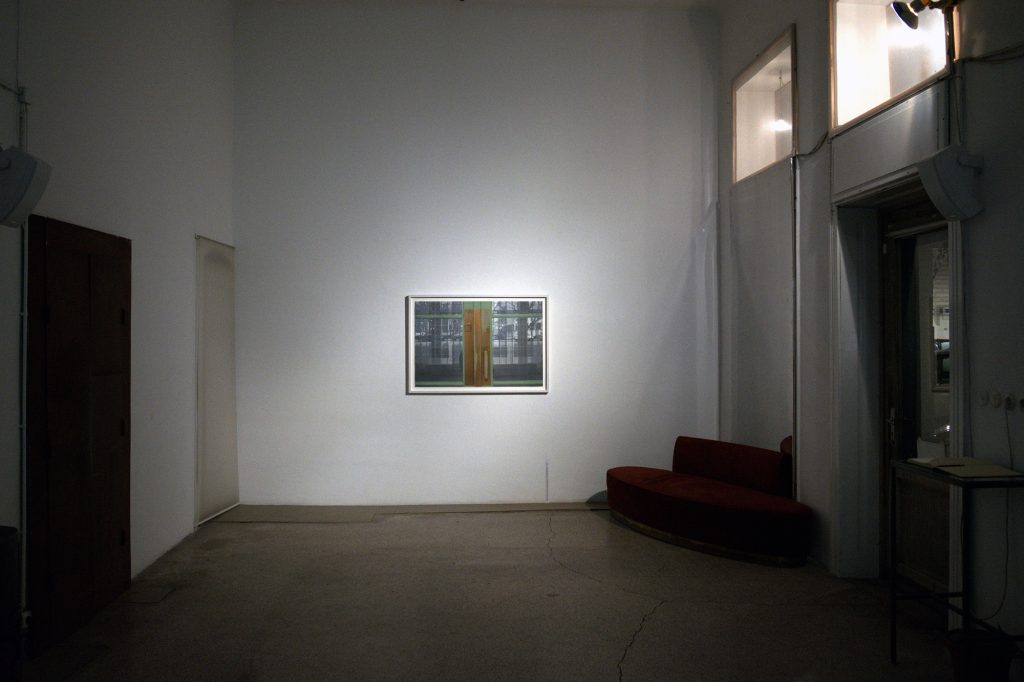 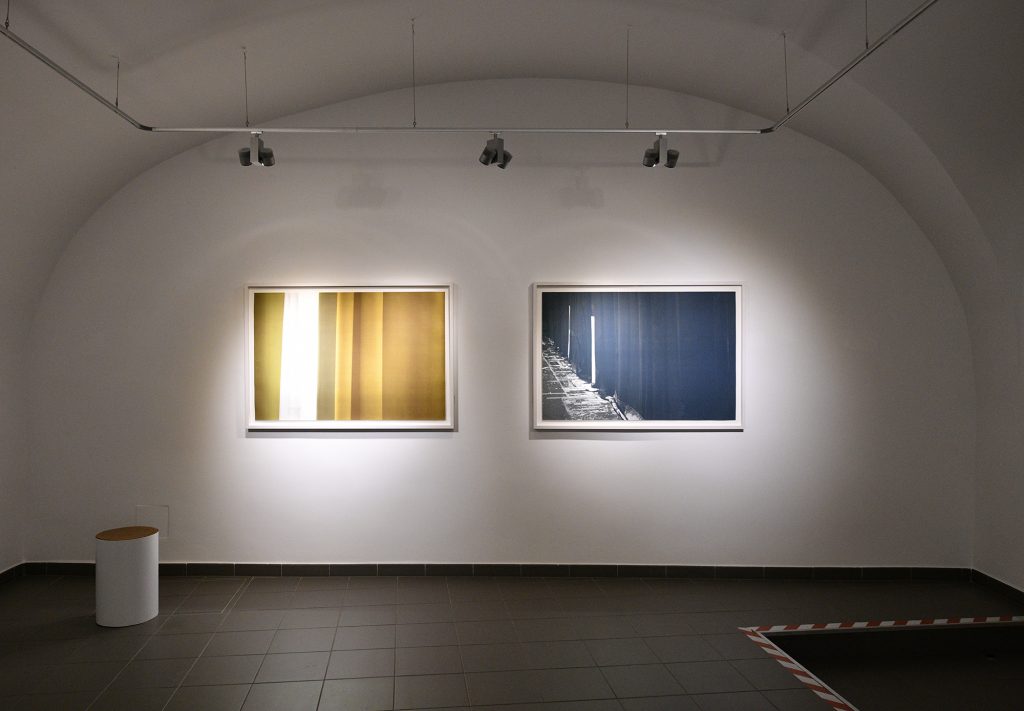 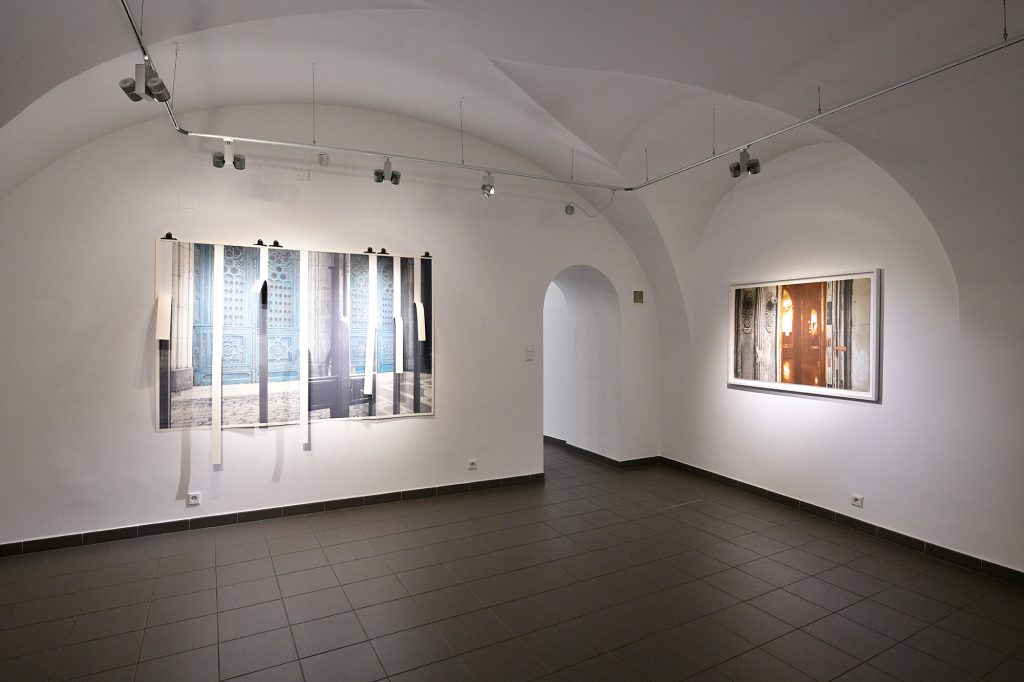