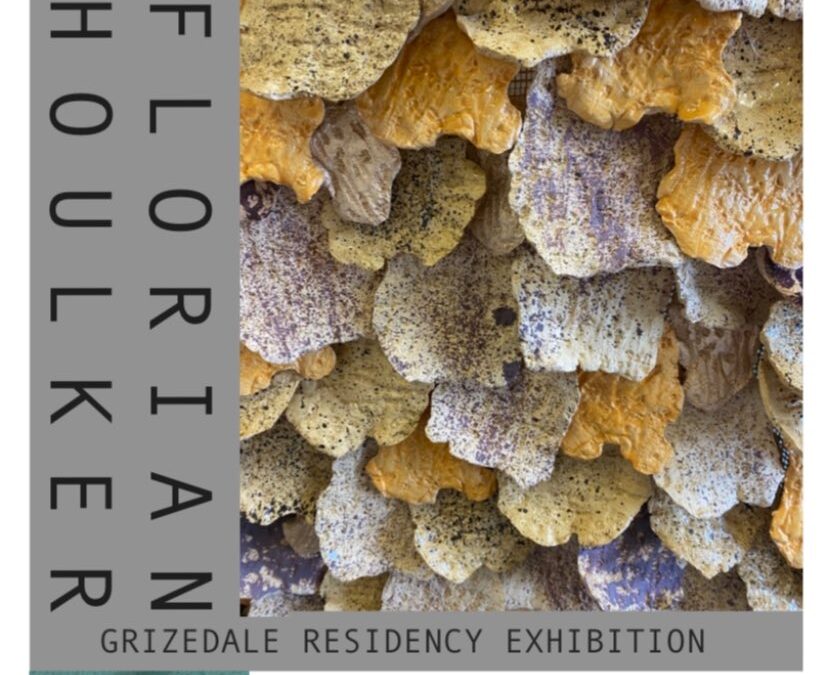 Fellowship artist Florian Houlker currently has new works on show at The Birley Artist Studios in Preston following their Grisedale Residency in the summer of 2021.

This body of works from Grizedale follows nomadic explorations in to the forest, with key aims for work and residency to create works from a different environment to see how the this would change their approach to making.

Houlker states the following key points of focus for the works:

The theme of entropy is something I wanted to research in the residency,  as it was at the forefront of my mind before I started. I wanted the works to correspond with nature and create from the inspiration of the environment I was in. The materials were important, as I wanted them to be natural as possible or of a purity; that when the time comes for them to return to the earth they can decompose breakdown. Sight specific materials were important too such as the larch and copper, as there’s a direct connection to the surrounding landscape.

There were many signs of entropy in progress, from the stumps of the harvested forest where the stumps are left to decay and replenish the ground with nutrients, leaving something for the ecosystem to renew from. The boulders which make their way down the stream and and eventually corrode and diminish to the cobble, then the pebble ,then down to sand from the movement and power of erosion from the force of the water. This is where my work ‘Boulder ,Cobble, Pebble’ 2021 derived.

‘Stumps’ 2021, is a body of work which follows a process lead approach, I had a finite amount of black porcelain to create the works, I wanted the work to explain a process in the forest which was the harvesting of wood, to which then the stumps remain in the ground after being chopped down and they eventuallythey decompose and allow for the next batch to be grown.

The porcelain holds a memory of the forest, the rings of the trees which depict age and also the action of the teeth from the chainsaw from which they fell, it has the marks of an industry and shows the cycles in which parts of the forest are subjected to; whether that’s forest management to stop the spread of disease from one species to another, or the harvesting of fuel to be burned.

The material is connotative of fragility, and how we are living in a fragile time corresponding to the forests and natures landscapes, the blackness reminds me of the scorched forests, I feel the work holds a multi-faceted amount of information, not only from a local parameter of the forest of Grizedale but to a global area of concern.

Whilst in the forest, wandering and searching, my thoughts turned to my identity, to which there was two at the forefront of my mind; the identity of the nomad and a lost connection to the earth and environment in which we’ve become accustom to in constructed society, and my own identity of being a non-binary person, the freedom of the forest allowing me to be myself and not getting my identity questioned by the standard of the constructed society. There’s a healing and accepting place in the forest.

Being the nomad out in the forest was not wholly the nomad, it was a set of pre-planned actions and preparations to get a closeness to the nomadic lifestyle. Preparing food, taking water, taking shelter and access to fuel; these gave me the comfortability in knowledge that I had the fundamentals to explore like a nomad,  the actions of taking everything with you on your person was the  spirit of the nomad, as I could be mobile and not tied to one specific place.

The weather on the day of setting off on the explorations was warm, and I had 2.5 litres of water with me, as I went off the tracks and in to the forests density ,it became apparent how much value there was in water, carrying the fundaments of survival with you vs the ability to travel the distance.

The water was the first instinctual resource to look for, once finding said water source, then to proceed to follow the water course closest to its point of origin, as this would allow for the purest of water, there would be less likely to be contaminations in the water from dead animals, to chemical run off. This is where my first sculpture came to form,  named ‘Elixir I’ 2021 as this vessel holds the water which is important to all life.

There is a cross over of industry, the habitual realm and the forest in my work elixir, as there’s a site specific connection to the copper, with copper mining being local to the lakes, also the connection to our homes from the copper piping, it was just re imagined in to an organic form of a vessel in which it could be collected.

My shelter on the explorations was in the form of a hammock, the way this hangs between the trees leaves no imprint in the landscape, no harm done to the land and allows the landscape to be untouched. This I found important, as during the day we can connect with the land, wander, forage and reside, but the elevation of our sleeping capability lets us leave the environment temporarily and reflect on the importance of our connection to it.

The morning feeling of the bare foot connecting to the strata and the spongy forest floor instantly gives a sense of belonging and re-connection. My sculpture camping was created from this time of reflection and understanding of my time within the landscape, the trees create and provide shelter in some shape or form. This is why I created the tiles out of the rhytidome cells from the trees as there was a resource being provided for free from nature.

The residency gave me time to have a period of reflective practice, to think about the cross overs between the society in which we live  (our constructed habitual realm), also the industry which came from nature and the materials from the natural world; how we are so far removed from our  ancestral beginnings as wanderers. I started to think of time past our own perceptions of time, of our lives, as that often our understanding of time is the human lifespan.

Wanderings continues until the end of November @The Birley Artist Studios 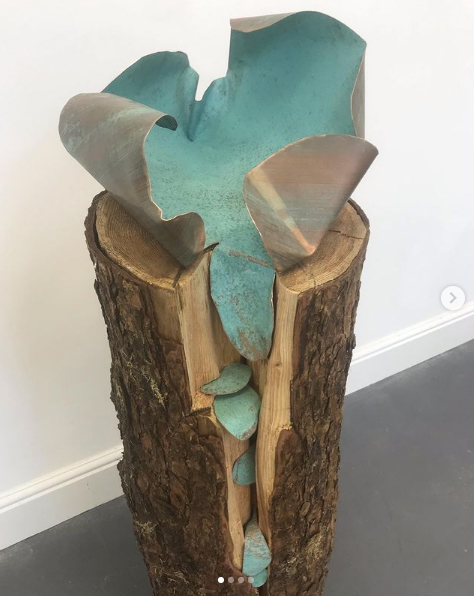 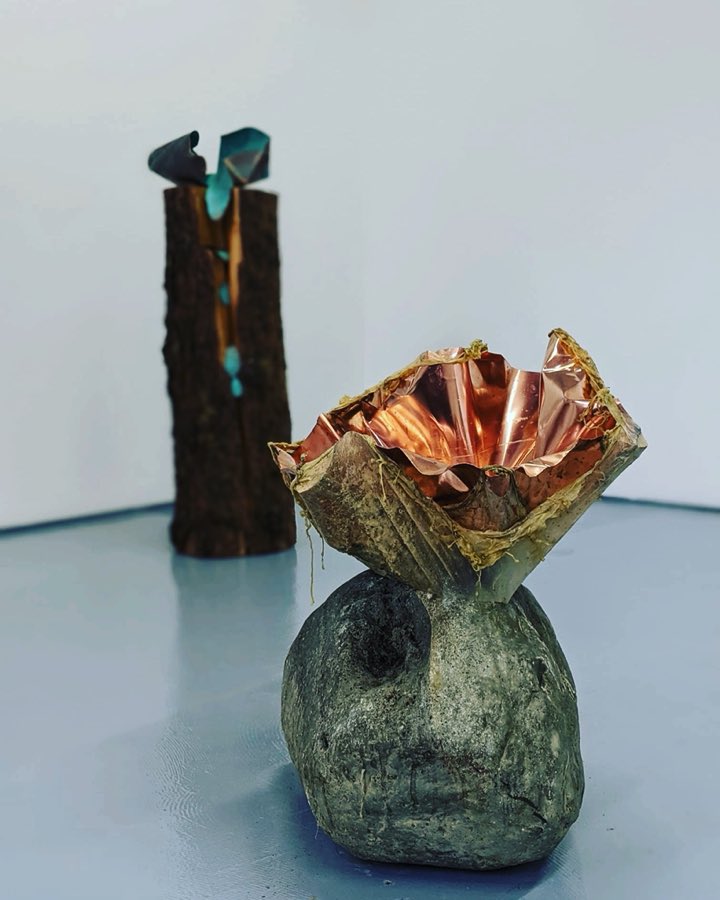 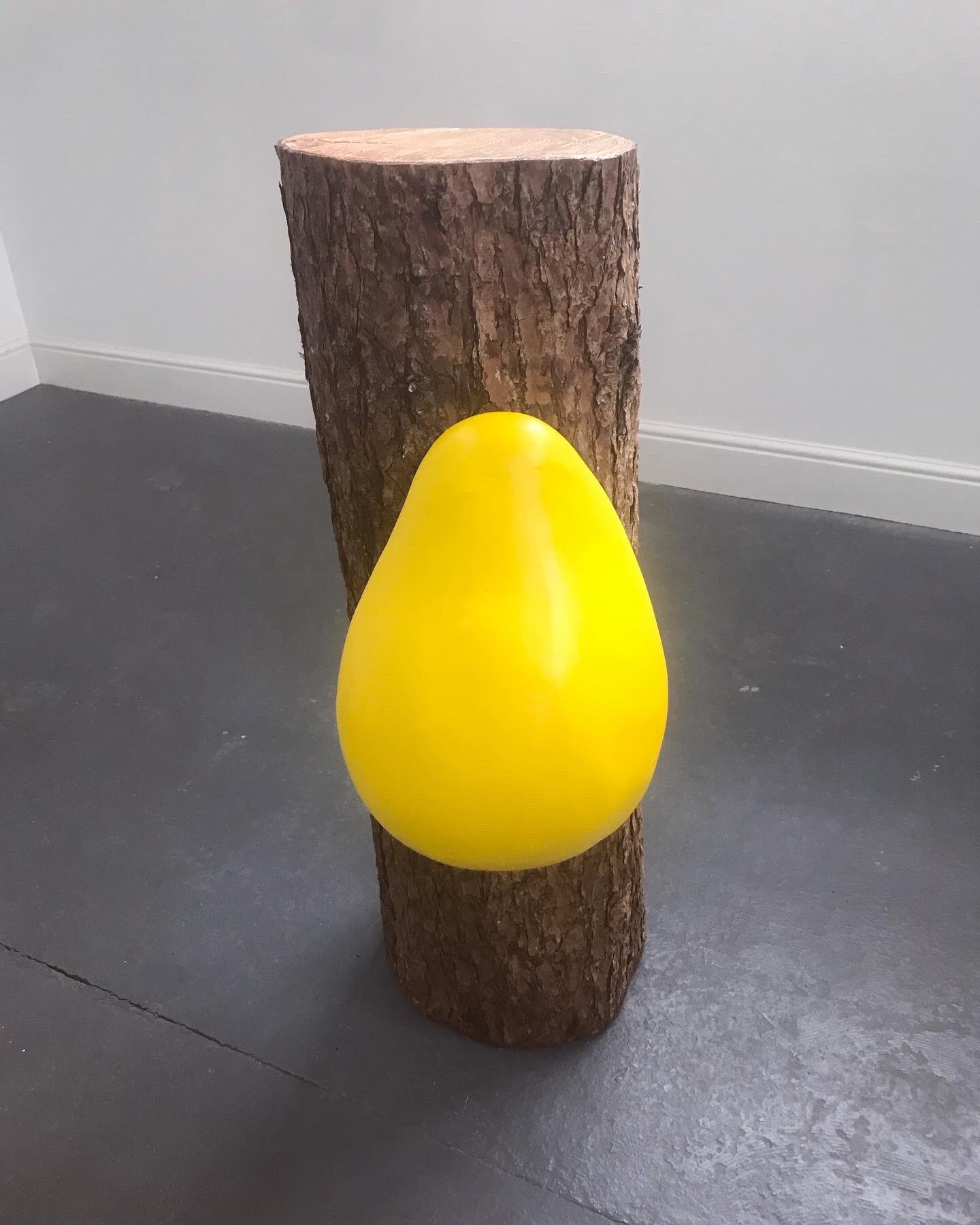 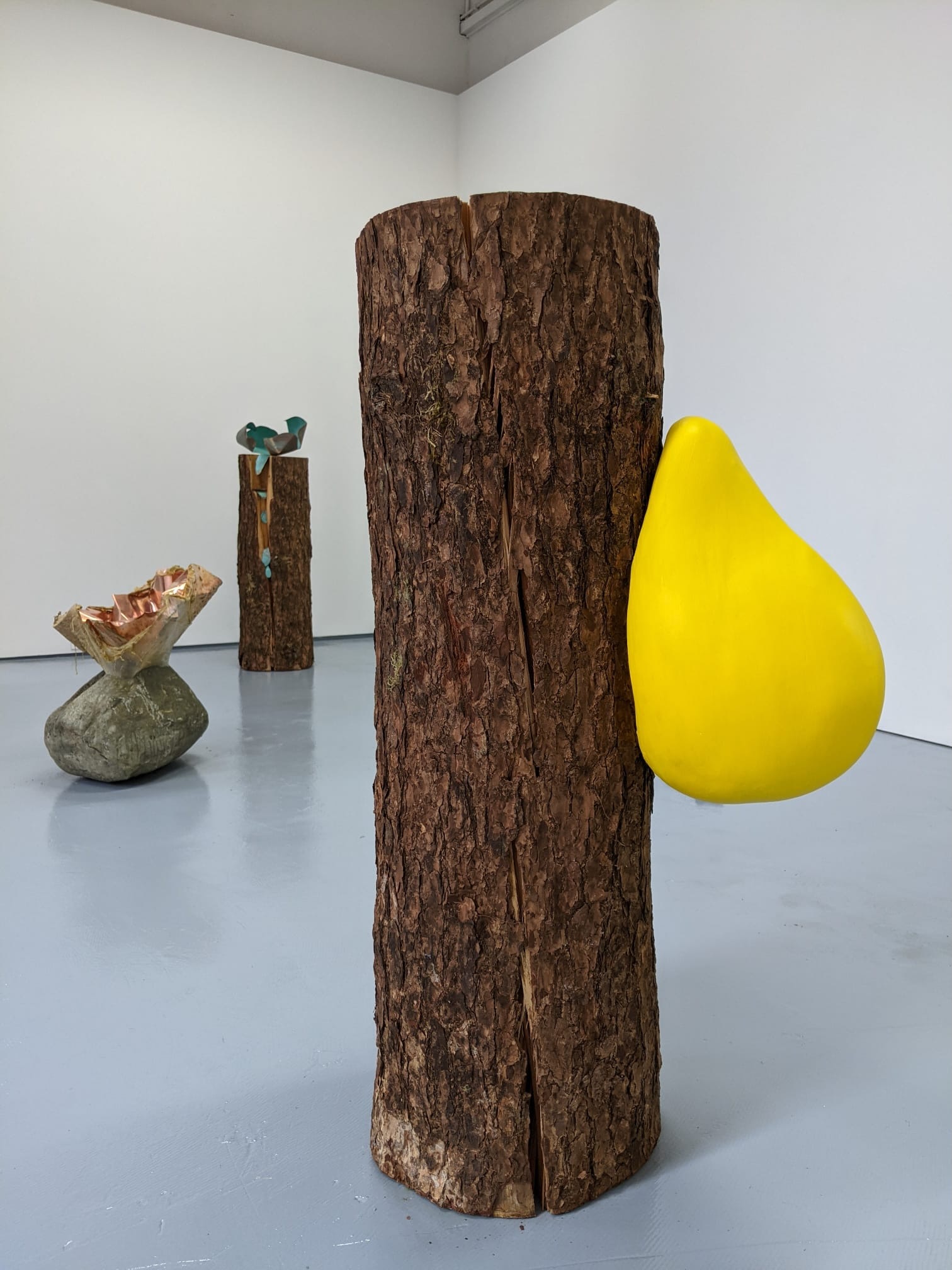 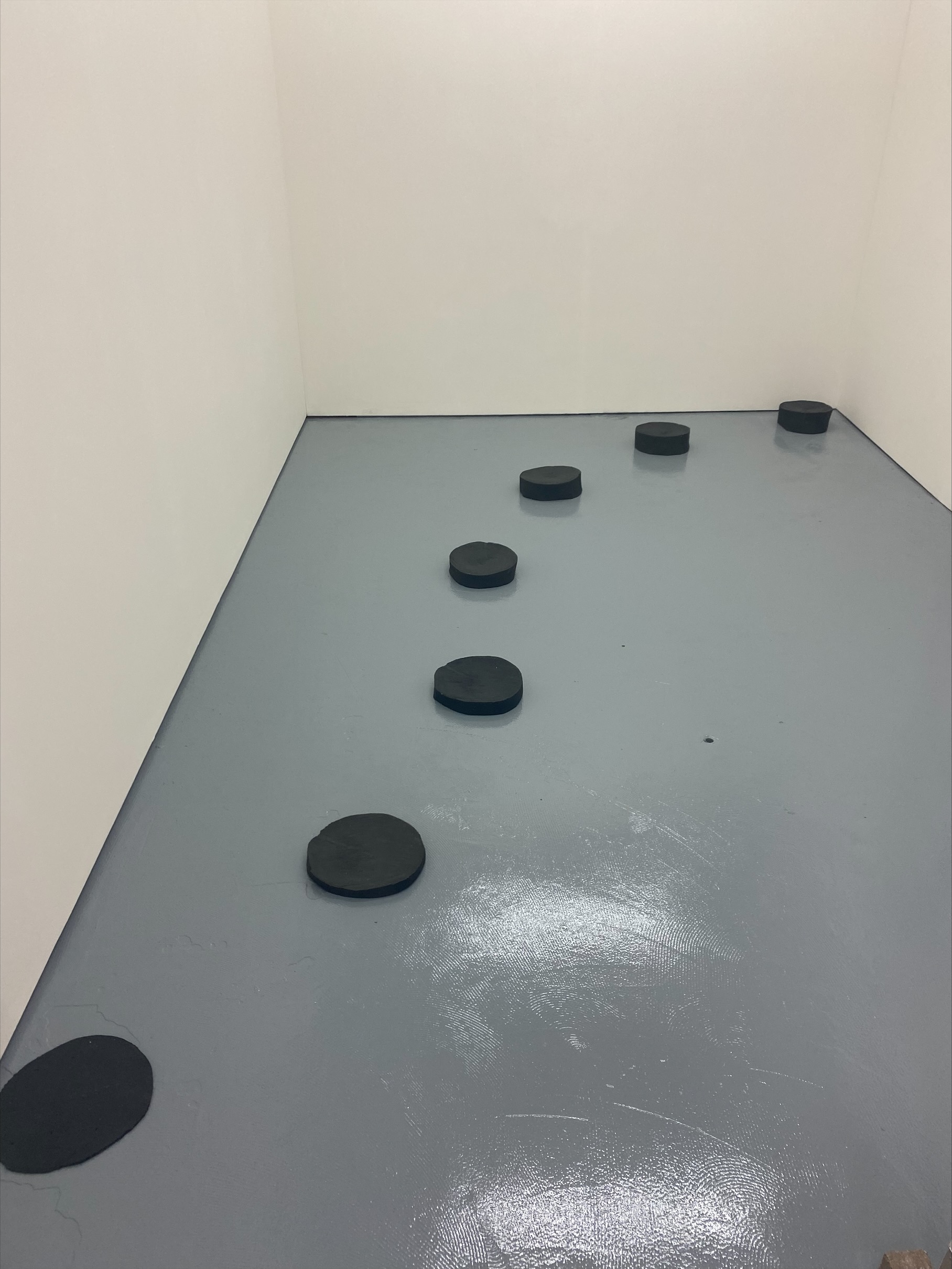 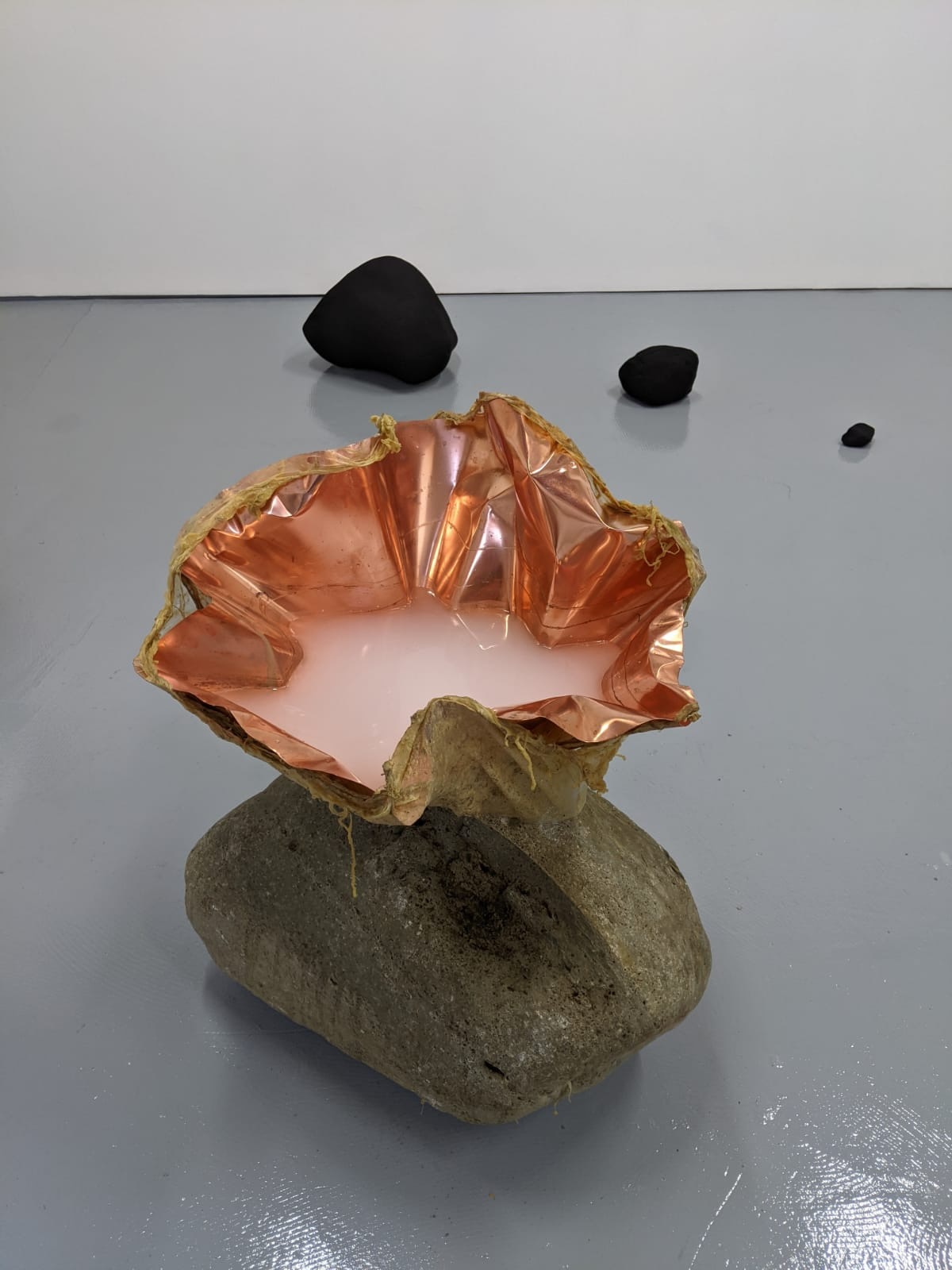 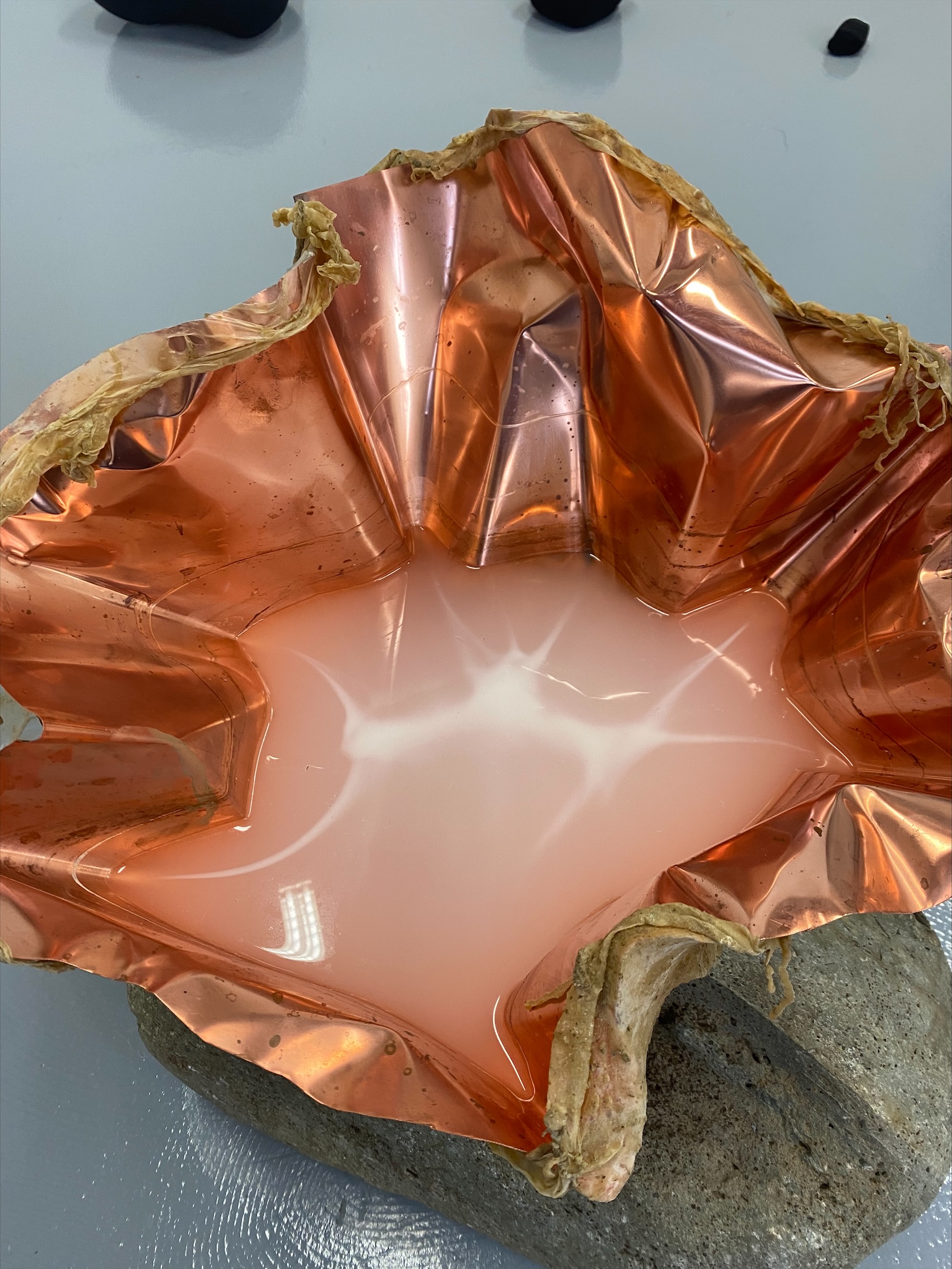